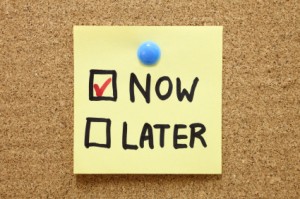 It is often quoted that we are more likely to get a divorce than to change our current account provider. In fact, only 2-3% of consumers switch their bank account each year, according to BACS; in comparison, 12-15% of consumers switch energy supplier, while 7-9% move mobile phone contracts. Moreover, uSwitch has reported that 26% of young Britons have never switched from the bank accounts that were opened for them as children.

Although many people could benefit from a switch, some believe that most bank accounts are too similar to make such a move worthwhile; others remain worried about the possibility of errors resulting from a switch. However, changes in the last few years have made it far quicker and easier to move your current account to another bank.

A report compiled by the Independent Commission on Banking in 2011 found that the simplest way to increase competition among UK banks was to make it faster, easier and more attractive for customers to move their current accounts. Previously, it could take up to 30 days to transfer a current account from one bank to another. Under the new system, it takes only seven working days and the new bank does all the legwork, from notifying your old bank to transferring existing standing orders and direct debits. After the changeover, any payments to the old account are automatically forwarded to the new account for 36 months. Above all, the new rules are designed to make customers feel more comfortable about switching.

If you want to reassess your relationship with your current account provider, go to www.simplerworld.co.uk. More than 40 banks and building societies have signed up to the scheme so far. Some banks offer cash-back deals or other incentives to encourage customers to jump ship in their favour. In some cases, these can be worth £100 or more; nevertheless, it is important to ensure the underlying product is right for you, so make sure you are not distracted by incentives. The new measures could also prove worthwhile for account-holders who use an overdraft facility. If you have an existing overdraft, your choices might be more limited – some banks might not accept you, depending on your credit record and the size of your overdraft – but on the other hand, you might actually find a better deal with a new bank.