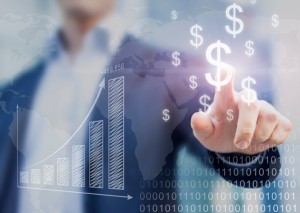 After many months of speculation, the Federal Reserve finally increased US interest rates for the first time since June 2006. On 16 December, the US central bank raised its key interest rate by 0.25 percentage points to 0.25%-0.50%.

Policymakers cited “considerable improvement in labour market conditions” and are “reasonably confident that inflation will rise, over the medium term, to its 2% objective”. US inflation is tipped to reach its target of 2% in 2018. The Fed also increased its forecast for US economic growth in 2016 from 2.3% to 2.4%. This upgrade was well received by investors, who deduced that policymakers remain sanguine about the strength of the US economy despite the rate increase.

The Fed expects its stance to remain “accommodative”, with Fed chair Janet Yellen emphasizing that further tightening would be gradual and hinge on the pace of domestic economic growth. “Were the economy to disappoint, the Federal Funds rate would likely rise more slowly,” she stated. Looking ahead, the Fed expects its key interest rate to reach 1.5% next year and 2.5% in 2017, finally moving close to a “longer-run normal level” of 3.25% by the end of 2018. In the meantime, speculation over the timing and scale of future rate increases is unlikely to lose much momentum and investors will continue to scrutinize releases of macroeconomic data closely for signals.

The impact of higher US interest rates is likely to prove wide-ranging. Higher borrowing costs could spell trouble for heavily indebted companies and households. Meanwhile, higher US rates have historically pushed up the value of the US dollar. This is good news for companies that export to the US but a stronger US dollar is likely to put pressure on emerging markets, some of which are already struggling to cope with slumping commodity prices and slowing economic growth.

As expected, the Fed’s decision had an immediate global impact and equity markets around the world rose in response to the implication that US policymakers are confident about domestic economic growth. Closer to home, the news triggered fresh speculation about the future path of UK monetary policy. The Confederation of British Industry suggested the impact of the US rate increase is likely to be “small” for the UK, but added: “The strengthening of US household incomes is good news for British firms selling into the US market.”