Take control of your pension 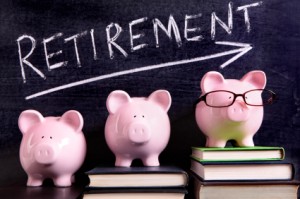 It is never the wrong time to review your retirement arrangements. However, changes to the pensions system mean that it is even more important to ensure you are making the most of your pension.

The average UK individual has 11 different jobs during the course of their working life. Given this, we are more than likely to have several different pension pots. Estimates published by the Department of Work & Pensions (DWP) suggest there could be up to 50 million dormant or lost pension pots by 2050. If you want to trace a missing pension, contact the Pension Tracing Service at https://www.gov.uk/find-pension-contact-details or call 0845 6002 537.

If you have several different pension pots, you might consider consolidating them into one. Most occupational and private pension schemes can be transferred and consolidating all your pension savings is likely to cut administration and paperwork, make it easier for you to track the performance of your pension pot and potentially reducing costs. Do proceed with caution, however, and take proper advice – once made, the decision to switch is irreversible and a wrong decision could incur harsh penalties or the loss of valuable benefits.

Every year, your pension provider should send you a statement showing the current value of your pension pot, and a forecast of what it will be worth when you reach your retirement age. Don’t just file it away – take a closer look: does the projected value of your pension pots bear any relation to the amount you are aiming for? If not, consider what action you could take to boost their value – perhaps you could work longer or increase your pension contributions. At present, you can pay up to £3,600 or 100% of your earnings (whichever is larger) every year and receive tax relief on contributions of up to £40,000.

While we may talk about “retirement age” – do you actually know your state pensionable age? Not so long ago, men used to retire at 65 and women at 60, but times have changed. The age at which you become eligible for your state pension is going up – and the new flat rate state pension may leave you better or worse off. Find out more using the government’s State Pension Calculator at https://www.gov.uk/check-state-pension.

We have helped many clients to make the most of their pensions – these are some real-life examples:

• Client had 5 separate pension plans in place. One of the pensions was a final salary pension with good benefits, which was worth keeping. We were able to consolidate the other 4 pension plans together for the client, improving on the underlying investments and allowing him to see clearly what his overall pension arrangements were for the first time. This gave him the confidence to plan for retirement a few years earlier than he had thought.

• Client’s son is getting married this year and he really wanted to help out with the wedding. He had two old pensions, with neither pension company allowing him to access just some of his pension in the way that he wanted. We ascertained that the client had more than enough income in retirement already, and could access a lump sum from his pension now without leaving himself short in later life. We were able to consolidate the two pensions together into a modern plan, and pay out the money he needed as a tax free lump sum. The rest of his pension stays invested so he can make use of it when he retires.

If you think you need a review of your pension arrangements, we do offer a free initial consultation for clients we think could benefit from our help. With your permission, we can gather all the relevant information from your current pension companies, advise you of your options and determine the best course of action to make the most of your money.

Your pension and the income from it can go down as well as up and you may not get back as much as you originally invested.