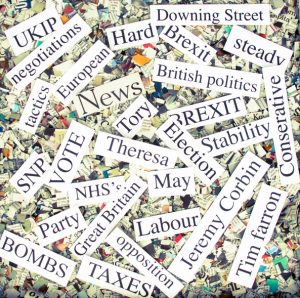 After a challenging first quarter of the year for many investors, characterised by higher volatility, the sell-off in markets and the prospect of a trade war between the US and China, April represented a return to more benign market conditions.

In the UK, ongoing Brexit-related uncertainties and fresh political instability dominated the newsflow. Widespread expectations of an increase in interest rates in May were dampened by disappointing first-quarter economic growth of just 0.1% and softening consumer price inflation. The FTSE100 Index pulled back some of its first quarter losses to rise by 6.4% over April. In one unexpected piece of news, supermarket retailers Asda – owned by US retailer Walmart – announced they were planning a merger with Sainsbury’s.

Meanwhie, the European Central Bank (ECB) reassured investors that its supportive stance remained intact, confirming that it would continue with its planned programme of monthly bond purchases until the end of September, and that asset purchases would continue beyond this date “if necessary”. Germany’s Dax Index rose by 4.3% during April, while France’s CAC 40 Index climbed by 6.8%. Looking ahead, the ECB expects the eurozone’s economy to expand by 2.4% in 2018 and by 1.9% in 2019. Inflation is predicted to remain below the central bank’s target of “below but close to 2%” into 2020.

Having expanded at an annualised rate of 2.9% in the final quarter of 2017, US economic growth lost some momentum in the first three months of 2018, posting growth of only 2.3%. Activity was hampered by a slowdown in consumer spending growth. Nevertheless, the annualised rate of inflation strengthened to 1.9% in March. Minutes from the March meeting of Federal Reserve (Fed) policymakers reflected an increasingly sanguine view of the US economic outlook, although Fed officials voiced concern about the recent escalation in trade tensions between the US and China. The Dow Jones Industrial Average Index rose by 0.2% during April.

In other news from the US, recent reports have suggested that California has now overtaken the UK as the world’s fifth biggest economy with GDP (gross domestic product) of $2.7tn. Although it is debatable whether a single US State can be classed as an economy in its own right, this does illustrate the huge impact of the technological sector, one of California’s main growth areas.

Optimism amongst large Japanese manufacturers weakened during the first three months of 2018, according to the Bank of Japan’s (BoJ’s) quarterly Tankan survey, although this was tempered by signs that current capacity is not sufficient to meet future demand. The country’s government expects the economy to rebound during the first quarter, having shrunk by 1.6% over the final three months of 2017. The Nikkei 225 Index rose by 4.7% over April as a whole.

Closer to home, the NI economy shrank by 0.1% in the last quarter of 2017, with a substantial fall in the manufacturing sector due in part to the closure of the JTI plant in Ballymena. The construction sector has continued to improve, but economic output is still around 6% down on its pre-recession peak level of 10 years ago – whereas the UK has gained an extra 10% in the same period.