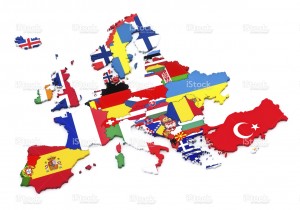 Months of Brexit speculation and uncertainty came to a head in November as the UK and the EU finally succeeded in producing a Withdrawal Agreement. MPs were due to vote on the deal on 11th December, but this has now been put back to the week commencing 14th January to allow more time for discussion on the outstanding concerns.

If the Withdrawal Agreement passes this hurdle, the UK will quit the EU as planned on 29th March 2019, and the transition process will begin, during which the UK will still be part of the EU Single Market and Customs Union. It is, however, unclear whether the deal will receive sufficient backing in the House of Commons. In the absence of any prospect of a renegotiation, the UK could face political upheaval and the possibility of another referendum or a General Election.

Sterling was further destabilised by the Bank of England’s (BoE’s) downbeat assessment of the impact of Brexit. The pound ended November at €1.12 against the euro and below US$1.18 against the US dollar.

UK share prices have fallen sharply as investors became increasingly rattled by a combination of factors, including concerns over global growth and worries over Brexit. The FTSE 100 Index fell by 5.1% during October and 2.1% during November, while, the FTSE 250 Index fell by 6.8% in October and 2.3% in November.

In terms of the markets overall, 2018 has been a poor year, with the majority of asset classes measured in US dollars expected to show negative returns. UK investors have fared slightly better due to weaker sterling. Corporate earnings growth has been very positive, but outweighed by a combination of the tightening of central bank liquidity, political pressures and the assumption that the growth phase of the economic cycle is nearing its natural end.

The UK economy posted quarter-on-quarter growth of 0.6% over the three months to September, underpinned by activity in the construction and manufacturing sectors. According to the latest forecasts from the European Commission (EC), the UK economy is tipped to expand by 1.3% in 2018 and by 1.2% in 2019 and 2020. In comparison, the eurozone’s economy is expected to grow by 2.1% this year, slowing to 1.9% next year and 1.7% in 2020. By 2020, the UK’s economic growth is forecast to lag that of every member state in the euro area.

Sentiment in Europe was further dampened by Italy’s ongoing fiscal woes: having unveiled a controversial draft budget in September, Italy’s leaders were ordered by the European Commission (EC) to submit a revised budget. The eurozone’s economy grew at an annualised rate of only 1.7% during the third quarter, compared with 2.2% in the second quarter.

Investor sentiment in the US was dominated by developments in politics, trade, and monetary policy during November. Unsurprisingly, the Democrats took control of the House of Representatives in the US midterm elections, while the Republicans retained control of the Senate. The outcome reduced the probability of further tax cuts; looking ahead, investors’ attention is likely to revert to the issue of trade amid unresolved tensions between the US and China following the G20 summit in Buenos Aires.

Having grown at an annualised rate of 4.2% in the second quarter of 2018, the US economy expanded by 3.5% during the third quarter, underpinned by consumer and government spending. The International Monetary Fund (IMF) downgraded its forecast for economic growth in the US next year from 2.7% to 2.5%.

Japan’s economy shrank during the three months to September, contracting at an annualised rate of 1.2%. Spending and export activity were hampered over the summer by a series of natural disasters, and exports fell by 1.8% year on year during the period. Looking ahead, it is feared that disruptions to trade resulting from the acrimonious trade war between US and China could have a particularly adverse effect on Japan, which holds a key position in the global supply chain.

Closer to home, ONS (Office of National Statistics) figures for 2017 showed that, of the four UK nations, Northern Ireland had the highest growth in GVA (Gross Value Added) per head, at 3.1%. The GVA measure shows how the economy is performing at a local level. The best performing area was Causeway Coast and Glens, with growth of 8.9%, while the worst performing was Mid and East Antrim with a fall of -7.0%, mainly attributed to the closure of the JTI plant.