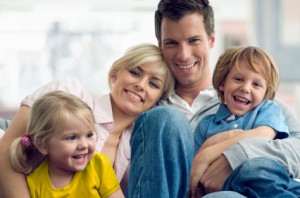 Chancellor of the Exchequer George Osborne delivered a relatively optimistic assessment of the UK economy in his 2013 Autumn Statement. The UK economy is growing more quickly than that of any other major advanced nation, including the US and Germany, but remains particularly vulnerable to future shocks from the eurozone.

The Office for Budget Responsibility (OBR) more than doubled its forecast for economic growth this year from 0.6% to 1.4%, and also raised 2014’s prediction from 1.8% to 2.4%. Meanwhile, the rate of UK unemployment is forecast to fall from 7.6% this year to 7% in 2015, and is expected to reach 5.6% by 2018. This is particularly significant because 7% is the threshold at which the Bank of England will consider tightening monetary policy.

There was an inflationary rise in the cash ISA allowance for the new tax year from £5,760 to £5,940 while the stocks and shares ISA allowance will increase by £360 to £11,880. The Junior ISA allowance will increase by £120 to £3,840 in April 2014. However, there was no sign of any progress on allowing Child Trust Fund holdings into Junior ISAs. Industry figures have been campaigning hard for the change since a consultation was launched in March but there remains no word from the Chancellor.

Although the Chancellor showed no signs of wavering on plans to cut both contribution limits into pensions (dropping from £50,000 to £40,000 next tax year) and the lifetime pension cap (dropping from £1.5m to £1.25m next year), he did take steps to boost the venture capital trust (VCT) sector – increasingly a popular alternative to pensions given their (relative) lack of restrictions and higher contribution limits. The Chancellor announced investors would now be able to subscribe for VCT shares through nominees. This facilitates the purchase of new VCT shares through platforms. VCT providers said they have already entered into discussions with a number of platforms and it was part of bringing VCTs into the mainstream.

The Chancellor also decided to risk denting the buoyant property market with the introduction, from April 2015, of a capital gains tax (CGT) charge on future gains made by non-residents selling UK residential property. He plans to consult on the best way to structure the charge in 2014. There was another hit for second home owners, who now have just 18 months to sell a second home before becoming liable for CGT rather than three years. Experts say this could create a glut of properties on the market over the next few months, but is unlikely to cool the housing market permanently.

Elsewhere, the Chancellor aimed to make good on Conservative rhetoric to incentivise marriage. From April 2015, all  basic rate taxpayers will be allowed to transfer £1,000 of their personal allowance to their wife, husband or civil partner. The coalition finally achieved its stated goal of a personal allowance of £10,000, which will start in April 2014. From then on, however, the allowance will only increase by the Consumer Price Index. Of course, the Chancellor has to balance the books and therefore the basic rate limit will reduce to £31,865, bringing the threshold for higher rate tax to £41,865.

Elsewhere, US monetary policy – and the much-discussed possibility stimulus measures might be brought to an end – remained at the forefront of many investors’ minds during November. Sure enough, amid mounting confidence the US economic recovery is gathering pace, US Federal Reserve policymakers confirmed the outlook warranted “trimming back” the central bank’s stimulative policy over “the coming months”. Although share prices initially wobbled in response, US markets did reach new highs in November – for example, the Dow Jones Industrial Average index rose 3.5% over the month to breach 16,000 points for the first time ever.

On the continent, the European Central Bank reduced its main interest rate from 0.5% to a new record low of 0.25%, citing a backdrop of subdued inflation and continuing economic weakness in the region. The eurozone’s economy expanded at a quarterly rate of just 0.1% during the third quarter of 2013, compared with growth of 0.3% during the second quarter, while growth in Germany decelerated from 0.7% in the second quarter to only 0.3% in the third quarter. The year-on-year rate of inflation in the euro area slid to 0.7% during October, raising fears over the prospect of deflation in some of the weaker member states. November saw Germany’s Dax index rise 4.1% over the month while France’s CAC 40 index fell 0.1%.

The pace of Japan’s economic growth lost some momentum during the third quarter although the Bank of Japan still believes the country’s economy remains on course for a “moderate” recovery. Share prices in Japan were driven upward by encouraging comments from the central bank, as policymakers reiterated they had no plans to scale back its asset-buying programme, which is intended to boost Japan’s economic growth, and the benchmark Nikkei 225 index surged 9.3% over the month.