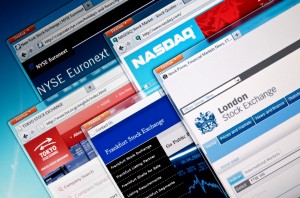 Mounting evidence of a slowdown in Europe’s economic recovery has been compounded by worrying signs of deceleration in Germany. In particular, Germany has reported unexpectedly weak export activity, disappointing manufacturing data and a slump in business confidence. The country’s Dax index fell 1.6% over October, having experienced significant levels of daily volatility.

Meanwhile, the European Banking Authority reported that 24 out of 123 European banks had failed so-called ‘stress tests’ designed to ascertain whether the sector would be able to withstand another financial crisis.

As expected, October also saw the US Federal Reserve announce its programme of quantitative easing measures had come to an end. Earlier in the month, minutes from the September meeting of monetary policymakers reassured investors the Fed has no immediate plans to increase US interest rates. US economic growth beat expectations during the third quarter, expanding at an annualised rate of 3.5%, and the Dow Jones Industrial Average index rose 2% over October.

In Japan, the Nikkei 225 index reached its lowest level for five months during October, driven down by concerns over the effects of the higher consumption tax and wider fears about the outlook for Europe’s economy. Confidence among services companies has deteriorated, according to the Bank of Japan’s quarterly ‘Tankan’ sentiment survey, although confidence among large manufacturers has held up well. Nevertheless, investors were cheered by the unexpected news the central bank had increased its monetary stimulus measures and the Nikkei staged a late recovery, rising 4.8% on the last day of October to end the month up 1.5%.

Back in the UK, the country’s recent economic expansion lost pace during the third quarter, slowing to 0.7% compared with second-quarter growth of 0.9%. Meanwhile, according to Ernst & Young, third-quarter profits warnings from UK-listed companies reached their highest level since 2008. The UK’s banking sector was however buoyed by the news that, although there will be an increase in the amount of money banks will have to hold in reserve, the rise is likely to prove lower than previously feared. Over October, the FTSE 100 index fell 1.2%.