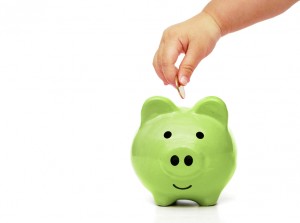 The idea of investing ethically might appear to be a relatively modern concept. This is, however, far from true: the concept originated with religious leaders and high-minded reformers in the early nineteenth century. Indeed, it was the Methodist church which first planned a stock market investment strategy that was based on the avoidance of ‘undesirable’ industries such as arms.

Over the years, similar strategies became established across a number of churches and charities but it wasn’t until 1971, when anti-Vietnam sentiment was at its peak, that the launch of the US-based Pax Fund opened up an ethical investment strategy to the mass market.

More than forty years later, thanks to a growing awareness of issues such as climate change, fair trade and human rights issues, over £15 billion of money was invested in the UK’s green and ethical retail funds in 2015, compared with approximately £7 billion ten years ago. (Source: Ethical Investment Research Services (EIRIS), Oct 2015; www.eiris.org)

Alcohol, tobacco and gambling have long been an obvious taboo for investors, however, some investors also shun the shares of firms involved in weapons or war, companies that test their drugs on animals, and those whose business activities are seen to damage the environment. Over the years, many different approaches have emerged and now some mainstream fund managers are working with companies to improve their approach to climate change and social responsibility – and choosing only those who make a positive and active contribution.

Socially responsible investment is not just a domestic affair. Researchers screen a wide range of companies from continental Europe, America and Asia, and it is therefore possible to assemble an international portfolio of equities based on their social and ethical credentials. And it doesn’t necessarily mean you have to sacrifice performance: research by EIRIS (www.eiris.org) shows that embracing social responsibility can actually add value to your portfolio in the long term.

How much further can ethical investing go? Only half a century ago, investors would have been amazed at the lengths to which some asset managers and their clients are prepared to go in order to reward good corporate behaviour. As the debates over global warming and other topical issues continue to evolve, the investing public is likely to become less tolerant of poor corporate behaviour, and more likely to express their views through their investment choices.