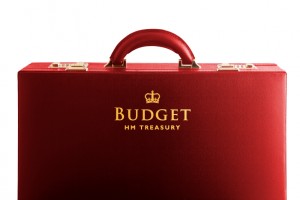 With the General Election a matter of weeks away, the coalition government’s 2015 Budget managed to hail economic recovery, gloss over spending cuts and serve up a raft of measures designed, among other things, to support savers and first-time house-buyers.

Chancellor of the Exchequer George Osborne announced the launch of a new ‘Personal Savings Allowance’ that will enable basic-rate taxpayers to earn up to £1,000 each year in savings interest (£500 for higher rate tax payers), free of tax. He also introduced new flexibility for Individual Savings Accounts (ISAs) that will allow savers to withdraw money and replace it – in the same tax year – without forgoing any of their tax-free ISA allowance. At present, however, this provision will apply only to cash ISAs. Elsewhere, Osborne revealed measures designed to help first-time house-buyers with a deposit – through a new ‘help-to-buy’ ISA, the government will add a bonus of 25% to the saver’s contribution, to a maximum of £3,000 on £12,000-worth of savings.

Yet further reforms to the pensions system elicited a mixed response. From April 2016, pensioners who have already purchased an annuity will be able to sell that income to a third party in exchange for a lump sum that will be taxed at their marginal rate instead of the “punitive” 55% rate. Meanwhile, the Lifetime Allowance for pension contributions will be cut in April 2016 from £1.25m to £1m, saving the Treasury £600m a year.

The UK economy expanded more quickly than any other major advanced economy during 2014, registering growth of 2.6%, which is somewhat lower than the 3% growth forecast in December 2014. The Office for Budget Responsibility’s forecasts for economic growth in 2015 and 2016 were raised to 2.5% and 2.3% respectively, while its forecast for 2017 was cut to 2.3%. Debt as a share of GDP is falling more quickly than previously forecast, and the Chancellor therefore intends to end the squeeze on public spending earlier than expected. From 2019/20, public spending is set to rise in line with economic growth.