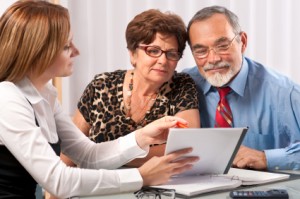 Radical changes to pensions were announced in yesterday’s Budget, which could take effect from 2015. The details still have to be confirmed but the changes should give pension savers much more choice and flexibility over how they access their pensions.

If the changes go ahead as planned:

• Anyone above pension age will be able to draw as much as they want from their pension savings at any time.

• 25% would still be tax free, with the remainder taxed as income in the year that it is taken.

• There will be no need to buy an annuity or set up pension drawdown, although these products may still be suitable for a lot of people.

This would give pension savers the chance to take more from their pension as and when it is needed, for example in the early years of retirement, when there tends to be more of a need for funds. The obvious danger is that people could then run out of money in the later years of retirement.

The financial industry will be keen to develop new products over the coming months to make the most of the new legislation, and the increased flexibility is great news.

• The earliest age at which most people can access their pensions will increase to 57, and will then increase in line with state pension age.

There are also some changes which come into effect almost straight away (from 27th March 2014):

• The amount of a pension “small pot” that can be taken as a lump sum increases from £2,000 to £10,000, and the number of times this can be done increases from twice to three times. This means that if you have up to three small pension pots of less than £10,000 each, they can all be taken as lump sums (again 25% tax free, 75% taxable) even if you have other pensions. Again you have to be aged 60 or over for this to apply.

• The maximum income limit for capped drawdown increases from 120% GAD to 150% GAD, meaning that people already in drawdown plans can increase the level of income they are taking.

• The minimum guaranteed income level for flexible drawdown reduces from £20,000 to £12,000, opening up this option to more people.

If you have any queries about the changes and how they affect you then please do not hesitate to contact Emma Greer on tel: 07885 407604 or e-mail: [email protected]

The value of your pension can go down as well as up and you may not get back as much as you originally invested.