Brexit debate and US monetary policy dominate in May 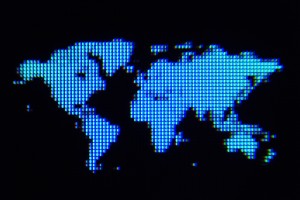 As June’s referendum on the UK’s future membership of the European Union (EU) draws closer, the tone of the Brexit debate has become increasingly ill-tempered. During May, various influential organisations – including the Bank of England (BoE), the International Monetary Fund (IMF) and the Confederation of British Industry (CBI) – contributed to the discussion over the potential advantages and disadvantages of a Brexit.

The price of the benchmark UK gilt rose over the month, while sterling fell against the US dollar; meanwhile, the FTSE 100 Index edged 0.2% lower over May and remained broadly unchanged over the year to date.

The eurozone’s economy expanded at a quarterly rate of 0.5% during the first three months of 2016. Although the euro area remained in deflationary territory during May, the rate of deflation improved slightly, easing from -0.2% in April to -0.1%. The Dax Index rose by 2.2% in May, while the CAC 40 Index climbed by 1.7%. Greece managed to reach an agreement with its international creditors during May over a deal that will release a fresh tranche of bailout cash to allow the country to meet its forthcoming debt repayments. The news helped to lift investor confidence and the benchmark ASE Index surged by 10.8% during May.

In the US, speculation grew over the likelihood that Federal Reserve (Fed) policymakers might decide to increase interest rates at their June meeting. The US economy registered growth during the first quarter that was stronger than initially calculated. The economy expanded at an annualised rate of 0.8% during the period, compared with an earlier estimate of 0.5%. The Dow Jones Industrial Average Index crept 0.1% higher over the month.

Having contracted during the final quarter of 2016, Japan’s economy registered stronger-than-expected growth during the first quarter of 2016, expanding at an annualised rate of 1.7%. The news confounded fears that the country might have slipped back into recession. The price of oil reached its highest level since November 2015 during May and provided a boost for investor sentiment in the region. Investors were also buoyed by mounting expectation that Japan’s government might decide to postpone an increase in sales tax – scheduled to take place in April 2017 – in order to combat the risk of deflation. The Nikkei 225 Index rose by 3.4% during May, but fell by 9.5% over the year to date.